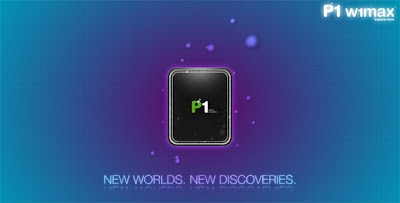 Packet One Networks (Malaysia) Sdn. Bhd. (P1) today officially opened its doors for Malaysians to subscribe to its WiMAX services, branded as P1 W1MAX. Yang Berhormat Dato’ Shaziman Abu Mansor, Minister of Energy, Water and Communications was there to officiate the historic accomplishment at the grand launch of P1 W1MAX services. P1’s CEO Michael Lai said, “We are indeed proud of the fact that we have put Malaysia on the world map of WiMAX.


Today, not only is P1 the first WiMAX operator in Malaysia to open for subscriptions, but we are also one of the first in the world to offer WiMAX service commercially. We believe that WiMAX will change the Malaysian broadband landscape and the way we live, learn, work and play, and lay the foundation towards achieving Malaysia’s National Broadband Plan and MyICMS 886 objectives because of the very strong proposition of the WiMAX eco‐system known as the DNA‐Device, Network and Applications are, all in place.”

Lai also thanked the Malaysian government for having the foresight on the potential of WiMAX as a catalyst for the nation’s development, and being one of the first countries in the world to issue the WiMAX license as early as March 2007. P1 today introduced two promotional packages to meet consumer and business needs. The promotion runs from 20 August to 30 September 2008. They are:

In addition, by the end of 2008, P1 targets to extend its WiMAX broadband coverage to Petaling Jaya, Damansara, Klang and Port Klang and others within the Klang Valley; Johor Bahru; Kedah; Perak; Negeri Sembilan; Melaka and all major towns and cities in the West Coast of Peninsula Malaysia.

P1 made another historical milestone today having received the honorable status in the Malaysia Book of Records on two counts,

Ryaz Patel, Country Manager, Sales and Marketing, Intel Malaysia who attended P1’s grand launch today said, “This is a significant milestone in the growth of WiMAX globally. “IDC Malaysia indicated that notebook sales in Malaysia had continued to outpace desktops during 2008, with more than 1.3 million1 units sold – representing nearly 60 percent of the total available market in Malaysia. Intel believes the increasing availability of high‐speed wireless broadband, such as P1’s 802.16e WiMAX network, will accelerate this trend towards adoption of mobile computing in Malaysia and beyond.”

“The value proposition of 802.16e WiMAX is the Internet as it was meant to be: open, fast and mobile,” Patel continued. “2008 is a milestone year for WiMAX, with more than 300 trials and commercial deployments underway worldwide. Intel will continue to support the growth of the WiMAX ecosystem in Asia,” said Patel.

Posted by EMAX SOLUTION at 8:58 PM

Buy Us A Drink